Fresh mountain air, scenic bike routes, live music performances, and a proximity to North Carolina’s beloved Blue Ridge Mountains are all things you can expect when looking at Todd, NC real estate. Whether you’re looking for a rustic mountain cabin to detox from the pressures of the daily grind or a permanent place to raise a family, Todd answers the call of your inner “wild side” with a dose of U.S. history.

In this article, we ponder the lengthy history of Todd, NC as well as the culture kept alive today within its historic downtown. If you’re interested in browsing Todd, NC real estate, click through for current listings!

But First…A Brief History of Todd

Life in Todd is a reflection of the people who lived there before the present day. In hoping to better understand what life is like for the average citizen in Todd, we have to look to the past. 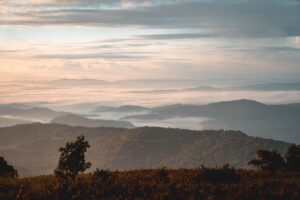 The beginning of human existence in Todd started well before the creation of America. In fact, Native Americans originally occupied the area around Todd nearly 6,000 years ago and made use of a nearby natural soapstone quarry. Likely these historic peoples were Siouxan-speaking Natives, with ties to the land reaching back at least as far as 1200 A.D–only possible due to a particularly warm spell on Earth known as the Medieval Warm Period. They fashioned utensils and bowls out of the soapstone during their time in the mountains of North Carolina and hunted for local prey, though they were likely a migratory community.

The next mention of Todd in the annals of history came in 1751 with the expedition of German Bishop Spangenburg. By this time, the Native population which had occupied the region had long since dispersed, and there is no record of Spangenburg interacting with people outside of his party.

Notably, a family by the name of Tatum built a cabin in present-day Todd in 1780 near the New River, and descendants of the family have been in the area ever since. In the 1950s, the family donated their cabin to the Southern Historical Society, which had the still-standing cabin moved to the neighboring town of Boone.

In 1781, Benjamin Cleveland, a colonel during the Revolutionary War, was captured by enemies just 14 miles south of Todd. Colonist sympathizers banded together and freed him near an area known as Wolf Den, marking the only known altercation associated with the Revolution to have happened in Watauga County.

By 1833, the South Fork Baptist Church was erected to cater to the people who had settled in Todd. Reputably, two separate doors served as an entrance–one for men and one for women. (Culturally at the time, men and women were not allowed to sit together!)

The first post office was established in 1837, marking Todd as an official town of North Carolina.

During the close of the 19th century, Todd saw a boom of growth due to the timber industry capitalizing on nearby logging opportunities. Timber freight left town via the Virginia Creeper, the historic train local to the area. Todd was the last stop of 13 along the Virginia Creeper’s route.

The town’s growth reached its peak at the turn of the 20th century; at its height, it consisted of one bank, one dentist, two doctors, two hotels, three mills, and seven stores. The Todd General Store is still standing to this day and is noted in the National Register of Historic Places. It is the oldest store in Ashe County and is one of only six historic general stores still operating in North Carolina.

By 1934, however, loggers had stripped much of the surrounding land of its usable timber and the growth spurt ended. A flood emphasized the end of the boom in 1940, causing major damage to existing buildings in Todd. Only the General Store remains.

Pontificated by the flood, the lack of timber, and the Great Depression, the railway realized it was losing income making the final stop at Todd and the tracks were removed. The bank was liquidated and eventually, the North Carolina General Assembly revoked Todd’s charter during the 1970s. 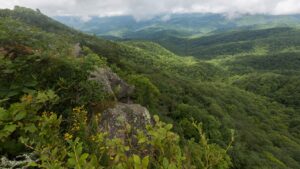 Todd’s history as a timber town translates today into its current economy, which is largely centered around the New River. One of the oldest rivers in the world (said to predate the Appalachian Mountains themselves), the river attracts those interested in water sports or simply taking a dip in the heat of summer, as much as it ever has.

Todd, NC real estate agents know Todd is one of the area’s hidden gems, thick with history and natural beauty. Today, visitors and residents alike gather at the historic General Store and flock to the river in the warmer months, which supports local outfitters in the area.

In the summer, residents expect live music performances as well as the annual Liberty Parade on July 4. For a calendar of musical events in Todd, check out Todd’s website!

What Is the Population of Todd?

Today, the population of Todd is just over 2,200 people. The median age is roughly 37 years old.

What Is Todd, NC Known For?

While the Virginia Creeper made its last railway run in the 1970s, today Todd makes use of the plotted track as a bike route which is known for being scenic in addition to pleasantly flat. Cyclists love this local treasure and flock to Railroad Grade Road at all times of the year–it is one of Todd’s most beloved features!

What Is There to Do in Todd?

People interested in Todd, NC real estate likely look to the town’s proximity to natural resources like the New River and Elk Knob. Both state parks make an effort to remain open year-round, even during the snow, so folks interested in skiing, snowboarding, sledding, or tubing can play. Visiting the New River is a great way to relax on a hot day, and the hike at Elk Knob offers rewarding views after 1,000 feet of elevation gain. From its summit, nearby Grandfather Mountain is visible as is Mt. Mitchell (located in North Carolina) and Mount Rogers (located in Virginia). It is known among outdoor enthusiasts as one of the “best-kept-secret” views in North Carolina! 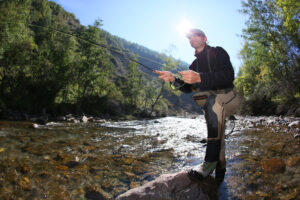 Check out RiverGirl Fishing Company if you are interested in a guided fishing tour of the area or cheap bike rentals for the day. Or, stop by the Todd Mercantile for a sweet treat at the local bakery and to peruse an array of local arts and crafts!

If you’ve learned anything about Todd over the course of this article, it’s the deep ties the local community has to the natural landscape around them. It’s always been this way in Todd–and maybe always will. There’s no way to know for sure what the future may hold for Todd…but if you stop by the historic General Store, they’ve probably got something to say on the matter!

If you are a person that is at all interested in being part of a unique community centered around the outdoors, check out available listings of Todd, NC real estate, or skip on over to our contact page to get started today!