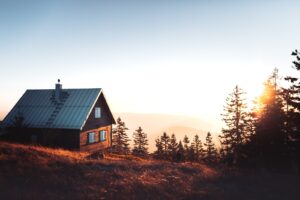 Ashe County in North Carolina is one of the most tranquil places to call home, complete with friendly people who are welcoming to all who come visiting and those who are here to stay. For potential home buyers thinking about relocating to North Carolina, lots of questions tend to come to mind like which areas are the most affordable, which neighborhoods are the safest to live in, as well as what some of the local attractions are. Luckily for potential home buyers, Ashe County has a lot to offer on those fronts, and at High Country Realty, we have homes for sale in West Jefferson, Lansing and Creston.

By the end of 2021, home prices in Ashe County, NC were listed at a median of $335K with the median house sold at $273K. Additionally, Ashe County has a cost-of-living index of 82, which is below the US national average of 100. As such, Ashe County is one of the most affordable counties to live in.

What is Ashe County NC Known For? 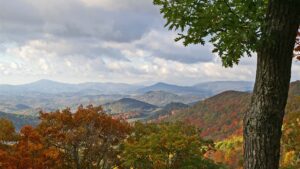 Historically, Ashe County, NC was home to the Cherokee, Creek and Shawnee Indians, who thrived on a lifestyle comprised fishing and hunting. It was also the favorite hunting grounds of famous frontiersman Daniel Boone, along with David Helton, William McLain and William Walling.

Modern life in Ashe County thrives strongly on the tourism and Christmas tree industries. Some of Ashe County’s most famous tourist attractions include Ashe County Cheese, Lucky Lou’s Tavern and the Great Smoky Mountains Railroad. Ashe County also thrives on a strong real estate market, a booming art community and is a global manufacturer of goods.

What Cities Are in Ashe County NC? 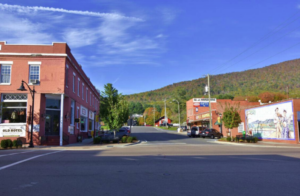 As the largest city located in the Blue Ridge Mountains, Jefferson has been called “the heart of Ashe County.” Historically, Jefferson started out as a hamlet in 1799 and was named after Thomas Jefferson, the 3rd President of the United States. During the early 20th century, Jefferson enjoyed a thriving timber industry, namely between 1910 and 1930.

Lansing also began its early history in the late 19th century, originally as a small trading post for its local residents and was also home of the original Lansing School, first built in 1889. By the early 20th century, Lansing also thrived on the lumber and railroad industries and was also served by Virginia-Carolina Railroad like West Jefferson.

The Bank of Lansing was also established in 1916, and with the emergence of a booming economy by the early 1920s, Lansing became an official town in 1928. After the decline of both the railroad and lumber industries in the late 20th century, Lansing’s economy also shifted towards a strong tourism industry. Today, Lansing also thrives on both walking and biking trails.

For more information on the properties for sale in Ashe County, NC, please contact us at 336-846-6875 or write to us using our contact form.